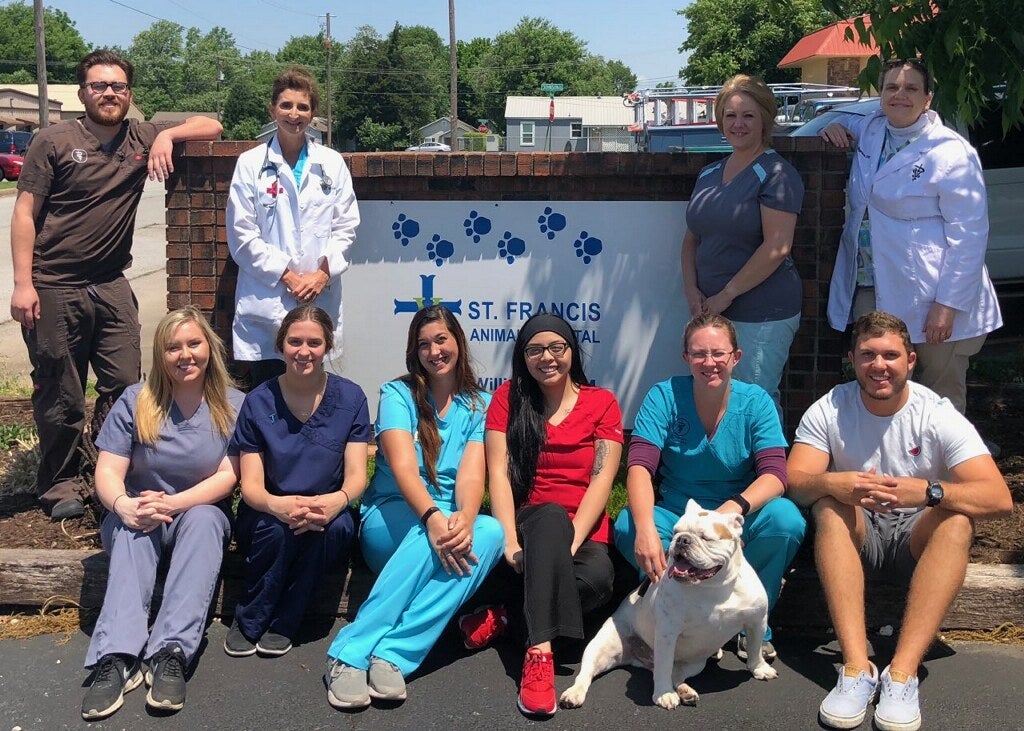 We are committed to promoting responsible pet ownership and preventative health care to all stages of your pet's life. We strive to offer an in-house diagnostic lab, radiology services, and pharmacy for your pet's healthcare needs. Our team consists of two Veterinarians, three Veterinary Assistants, two Kennel Assistants, two bilingual Receptionists and an Office Manager. 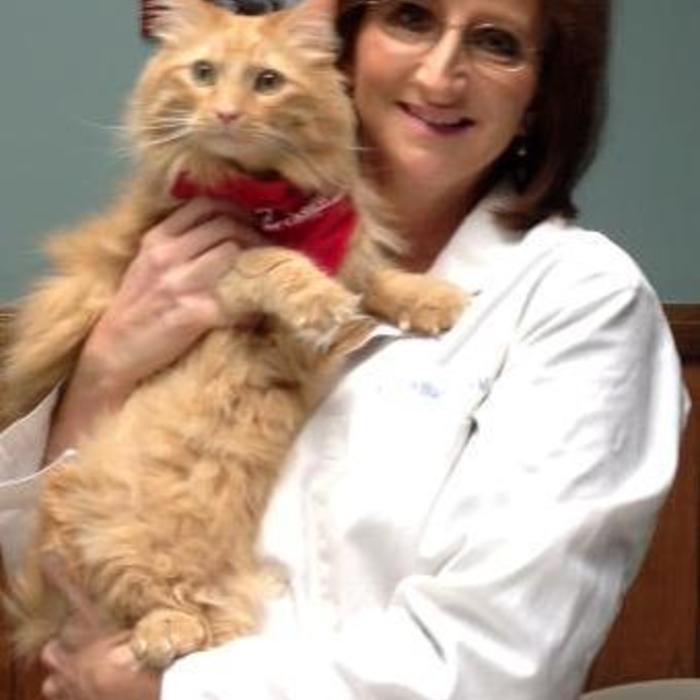 Owner and Veterinarian of St. Francis Animal Hospital, Dr. Kate Williams is a native of Northwest Arkansas. She attended the University of Arkansas and received a Bachelor's of Science in Animal Science in 1991, and a Master's of Science in Animal Science/Parasitology in 1993. Dr. Williams graduated from Tuskegee University, College of Veterinary Medicine in May 1999. She has since practiced in Rogers, Bentonville, Fayetteville and now Springdale.

Dr. Williams also graduated from the University of Arkansas ROTC program. She served on active duty in the Army for several years prior to attending veterinary school, and was commissioned into the U.S. Army as an officer in 1991. She has served in the military on active duty and in the Army Reserves since then. Currently, she is a Major in the U.S. Army Veterinary Corps. She has been deployed to Africa, the Middle East, and most recently returned from Afghanistan. 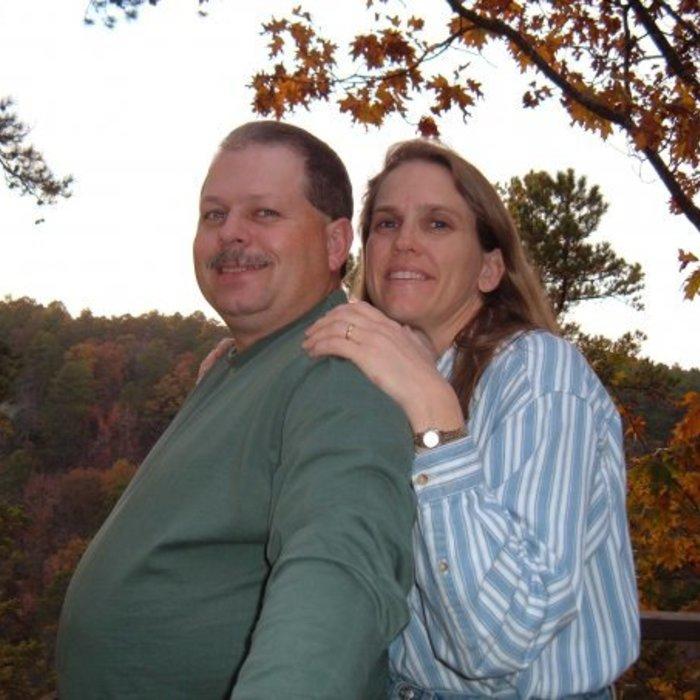 My name is Deborah (Debbie Fry) Waggener, DVM. I was raised in Northwest Arkansas. I graduated from Oklahoma State with a bachelors in animal science in 1990. I then received my DVM in 1995. I have been practicing veterinary medicine in Northwest Arkansas since that time. I have been proudly serving the wonderful patients and their pet parents at St. Francis Animal Hospital since 2015. I am here and ready to keep your critter enjoying life for as long as possible. 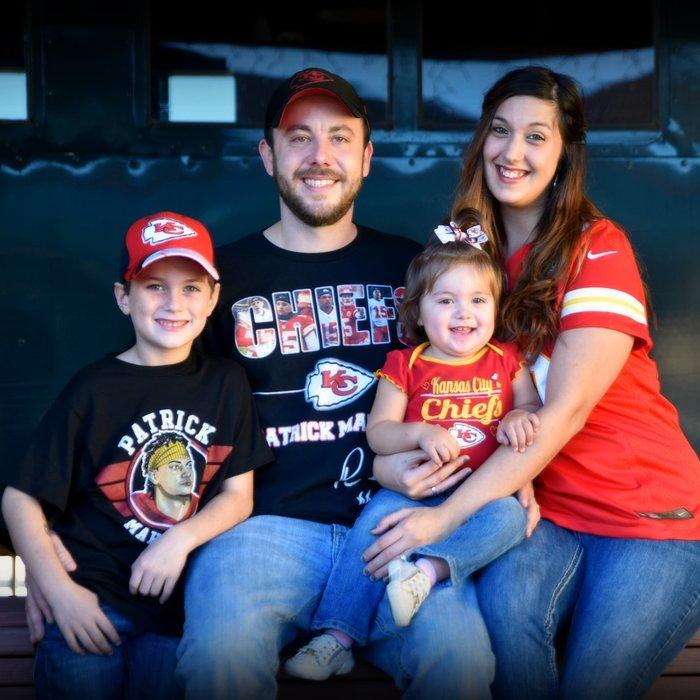 My name is Damara Warford. I was born and raised in Springdale, Arkansas. I graduated from Springdale High School in 2011. I am married to Eric and we have two children named Elizabeth and Braxton. In my spare time, I love to be outdoors with family and friends or watching football. My family and I are Chiefs fans! I have always cared for and loved animals from the time I was a little girl. I plan to eventually be going to school either to be a veterinarian or a certified veterinary technician. I enjoy helping to animals get well and feel happy!

Hello, my name is Estefani Cruz. I was born and raised in Springdale, Arkansas and graduated from Springdale High School. I have been working as as a receptionist at St. Francis Animal Hospital since 2017. Helping animals has become a big passion of mine and with the help of the awesome staff at St. Francis, there is no place I would rather work! I have a small dog named Henny. She was a bottle puppy that one of our staff members rescued. I also have a daughter that was born at the end of 2018 and a loving husband. Working at St. Francis, I've learned a lot and have been able to experience new and exciting things. Dr. Williams and our staff have been able to teach me compassion and patience. This is truly one of the best vet clinics in our area and I am blessed to have the opportunity to work here. 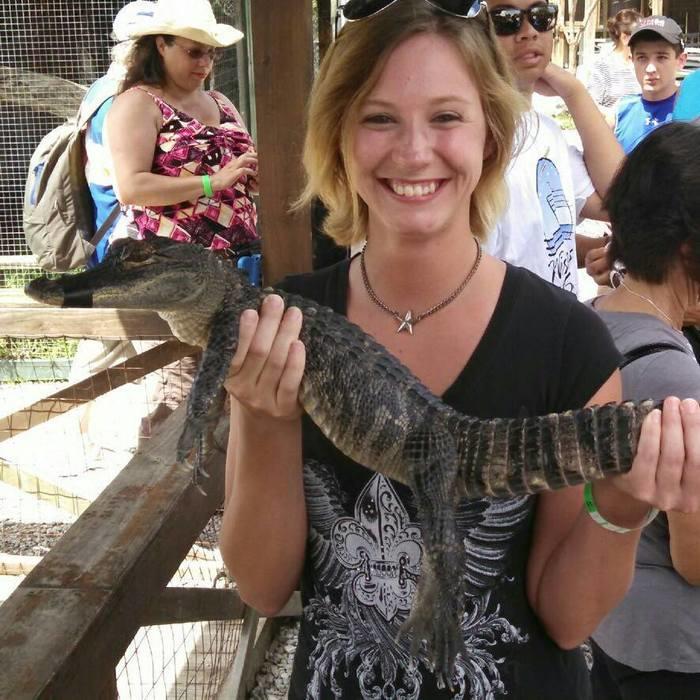 Kimberleigh Bertaux was born in Sarasota, FL but considers herself a Northwest Arkansas native. She is currently pursuing her Associates Degree in Veterinary Nursing through Colby Community College's Online Learning program. Kim lives in Springdale near Lake Fayetteville with her fiance' and son, three dogs, two cats, and a red Argentine Tegu with a bad attitude. In her spare time, she enjoys exploring the outdoors, hiking, kayaking, hunting, fishing, and working on her beloved Subaru. 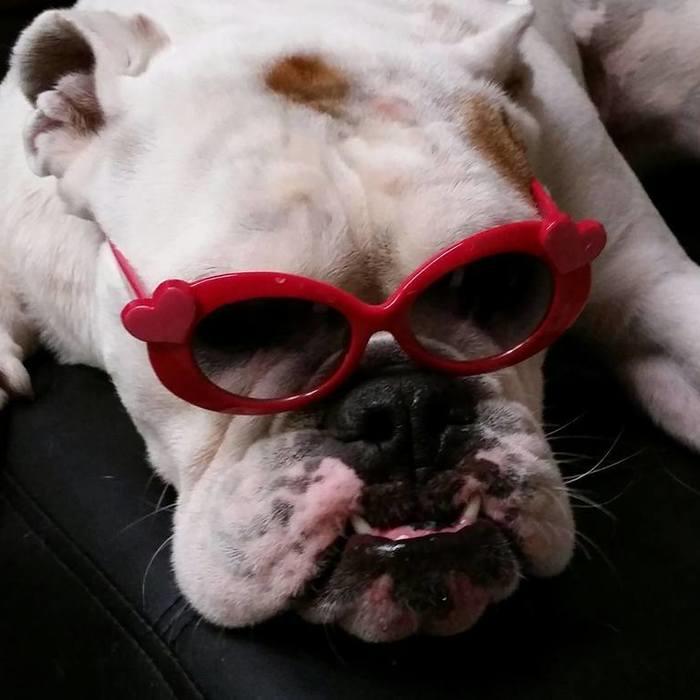 Meet Sir Francis! He is our Clinic's Mascot and future therapy dog. Sir Francis is a sweet 3 year old English Bulldog that was delivered cesarean by Dr. Williams. Sir Francis loves people, animals and lots of attention! His favorite activities are eating treats, getting belly rubs and sleeping on Dr. Williams feet when she is working! He has made the clinic a fun and inviting place for all! 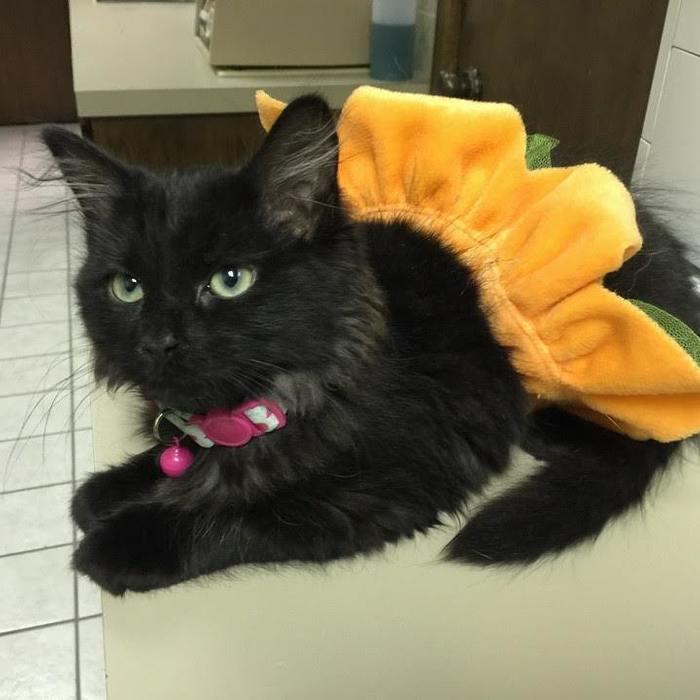 Princess came to us in 2015 with her siblings. After falling in love with her, she decided to make us her forever family! Princess is very loveable and wants constant attention! 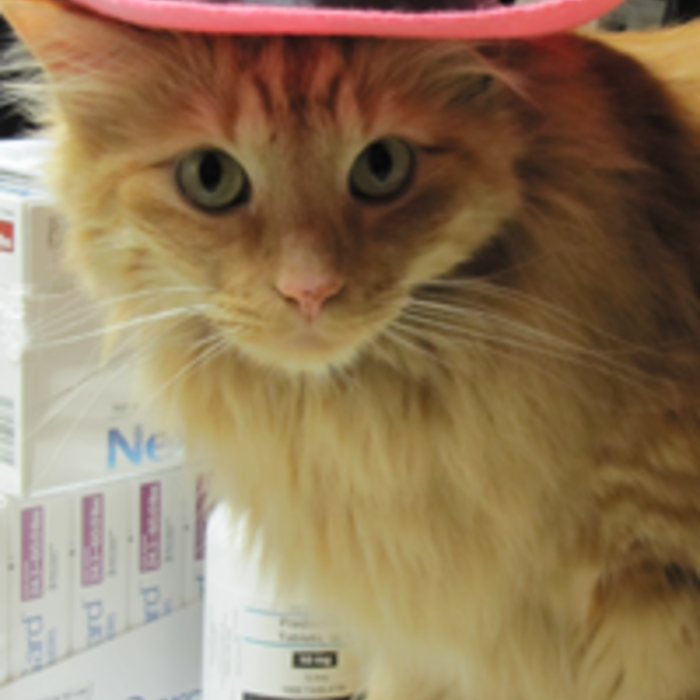 My name is Howie and I am an orange domestic long haired cat! I was adopted by Dr. Williams and St. Francis Animal Hospital from the local Animal Shelter at six weeks of age. Ever since, I have made St Francis my home. You will often see me in the lobby greeting my friends as they arrive! My hobbies include mostly eating and sleeping. I love attention, so don't be afraid to pet me! Come by and see me!!


For general information, questions, appointment requests, call us at: